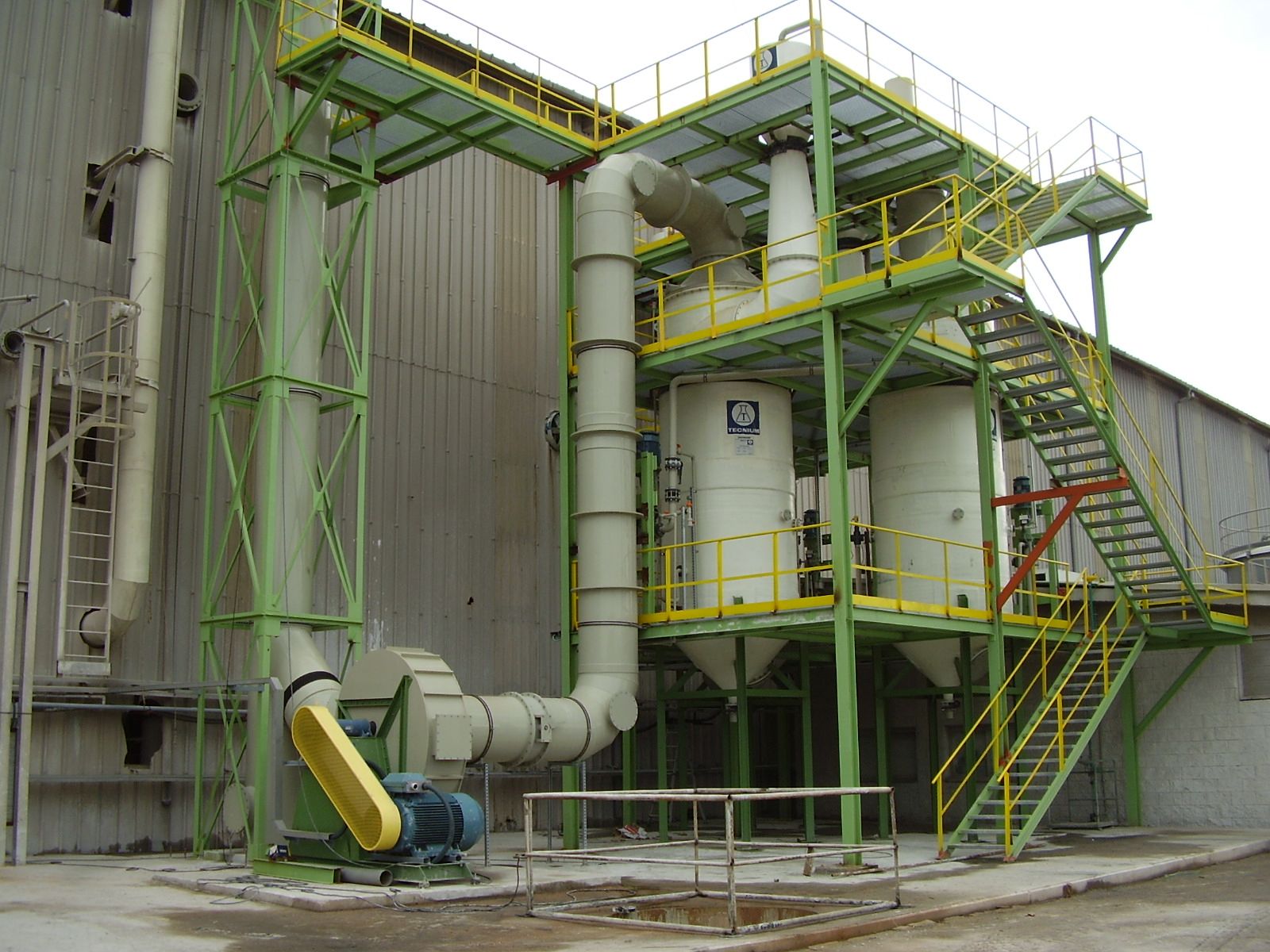 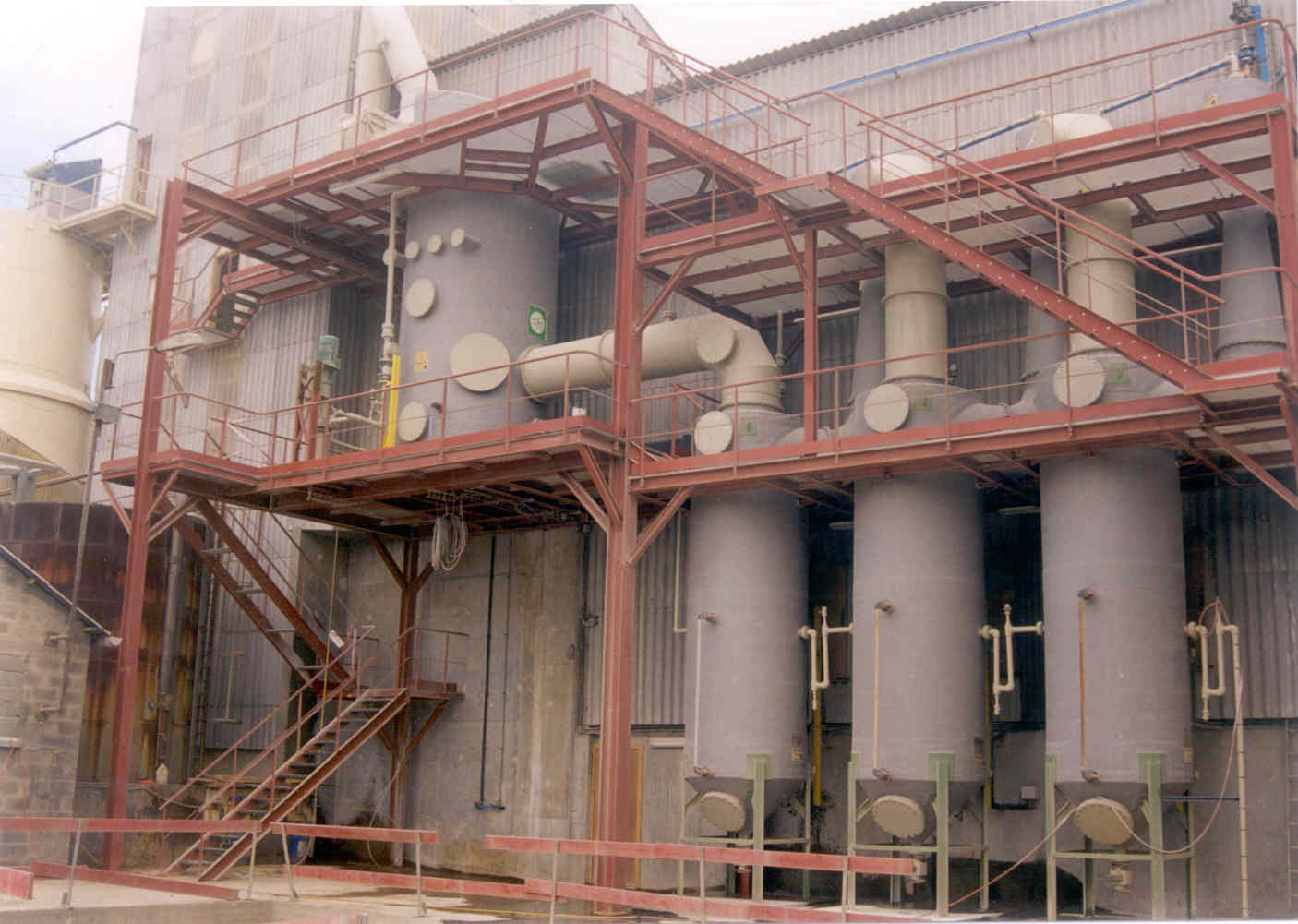 The production of phosphate-based fertilizers such as TSP (triplesuperphosphate) or SSP (simplesupephosphate), begins with a first step of attack of phosphate rock in the reactor, the obtained material passes through the Kuhlmann belt, where the reaction continues, ending in the granulator, and finally a drying step. In the four previous stages gas emissions are generated which have to be treated, being in the first two where the intensity and concentration is higher.

The contact of phosphate rock with an acid, normally H2SO4 or H3PO4 generates gaseous emissions. The gases produced are usually (F-) based, resulting from the presence of fluorures in the rock, that during the reaction, are released in the form of HF, SiF4, F2. Also a lot of dust and occasionally H2S and CH3SH are generated. These are the elements to be treated in a gas treatment system.

Give us your contact details and we will advise you on the best solution for your application.

Tecnium has recently obtained the Innovative Company seal awarded by the Ministry of Science and Innovation. This award recognizes the company's trajectory in the field of R+D+i, something that has characterized us throughout our [...]

We are just back from IFAT 2022 exhibition in Munich, the leading trade fare for Environmental Technologies. We are very happy with the results and happy to see that step by step [...]

14th April 2020 Dear Clients and Partners, We inform you that today and in accordance with the measures taken by the Spanish Government, our productive activity is back to usual, always taking all prevention and [...]

You can find out more about which cookies we are using or switch them off in settings.

This website uses cookies so that we can provide you with the best user experience possible. Cookie information is stored in your browser and performs functions such as recognising you when you return to our website and helping our team to understand which sections of the website you find most interesting and useful.

Strictly Necessary Cookie should be enabled at all times so that we can save your preferences for cookie settings.

If you disable this cookie, we will not be able to save your preferences. This means that every time you visit this website you will need to enable or disable cookies again.

This website uses Google Analytics to collect anonymous information such as the number of visitors to the site, and the most popular pages.

Please enable Strictly Necessary Cookies first so that we can save your preferences!